Home > About Us > The Governing Board 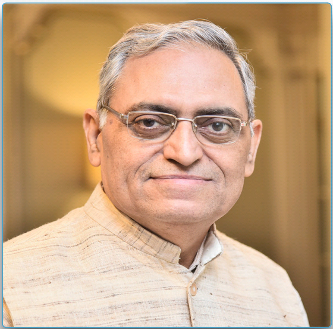 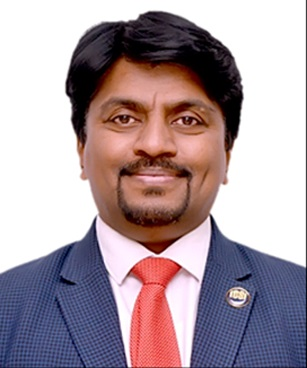 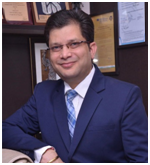 Mr. P K Malhotra has more than four decades of experience in the field of law and has held many important assignments in the Government of India. He was Secretary, Legal Affairs as well as Legislative Department in the Ministry of Law and Justice, Government of India; Member, Law Commission of India; Presiding Officer (Offg.) and Member, Securities Appellate Tribunal; Chairman, Adjudicating Authority under the Prevention of Money Laundering Act and Judicial Member, Income-tax Appellate Tribunal.

He was involved in processing and finalizing many important legislations, including The Criminal Law (Amendment) Act, 2013, The Companies Act, 2013, The Prohibition of Benami Property Transactions Act, 1988, The Arbitration & Conciliation (Amendment) Act, 2015, The Commercial Courts Act, 2015, The Insolvency and Bankruptcy Code, 2016, The Information Technology Act, 2000, The Securities Laws (Amendment) Act and many other social & economic legislations. He has handled legal issues on Constitutional Law, Administrative law, Commercial laws, Cyber laws, Alternate Dispute Resolution, including Arbitration and issues relating to telecom sector. He has also worked as Arbitrator in a large number of cases between Govt. Departments and PSUs.

After demitting office as Law Secretary, Mr Malhotra has been practising as an Advocate. He had a brief stint as Secretary-General, International Centre for Alternate Dispute Resolution (ICADR), New Delhi. He is also enrolled as an Arbitrator & Conciliator for some of the Central Public Sector Undertakings, including ONGC, GAIL, NHPC, BHEL, ECIL, SCOPE, ICA, NTPC and Delhi International Arbitration Centre (DIAC). He is handling a number of Arbitration/Conciliation matters, including cases of large PSUs.

He is Public Interest Director on the Board of National Commodity and Derivatives Exchange (NCDEX), Mumbai; Independent Director on the Board of Reliance General Insurance Company Limited; Independent Director & Chairman of the ICSI- Institute of Insolvency Professionals, New Delhi; Partner in the Law Firm Shetty, Malhotra & Associates, Mumbai; Chairman of the Working Group constituted by the Insolvency & Bankruptcy Board of India (IBBI) for implementation of the provisions relating to individual insolvency. He is a Member of the Committee against Smuggling & Counterfeiting Activities Destroying the Economy (CASCADE) constituted by FICCI to advice on anti-smuggling & anti-piracy activities. He is a Special Invitee to the Managing Committee Meetings of PHD Chamber of Commerce & Industry (PHDCCI). He is also a Member of the High Power Committee constituted by the Securities & Exchange Board of India (SEBI) for Settlement of Cases under Consent Procedure. He is also a Member in the Advisory Board of the School of Law, Manav Rachna University, Faridabad and Distinguished Professor in the School of Law, Sharda University, Greater Noida (UP).

Mr Malhotra is a regular participant in various national level seminars and public debates on important legal issues, constituting panel with several legal luminaries and eminent jurists of the country, including the retired judges of Supreme Court and different High Courts. He is also a panellist on national news channels including RSTV, Lok Sabha TV, APN, etc., for discussion on important legal issues having a nationwide impact.

Mr Malhotra is a recipient of:
i.National Law Day Award by the International Council of Jurists in 2015;
ii.National Law Day Award by the Indian National Bar Association in 2016;
iii.Award for Leadership in ICT and Cyber Security in the Government sector by the CMAI/TEMA/TEPC in 2017;
iv.Award for outstanding contribution to practice of law in Government sector by ICCA, India & the Law Society of England & Wales at the function in House of Lords, London in 2018;
v.Award for outstanding contribution in ICT sector by the CMAI/TEMA/TEPC in 2019;
vi.Life Time Achievement award by ICCA, India in 2019

Shri Gopal Krishna Agarwal is National Spokesperson of Bharatiya Janata Party for Economic Affairs and lives in Noida . He is a fellow member of the Institute of Chartered Accountant of India (ICAI). He is Economic thinker and writes extensively for newspaper, financial journals and delivers lectures in seminars & conferences. He is a Trustee and a Treasurer of India Policy Foundation (IPF) and Dr. Mookherjee Smriti Nyas.

He can be contacted at email at gopal.agarwal@bjp.org

With over 15 years of experience as a Practicing Company Secretary, he specialises in the field of Corporate Laws, Foreign Exchange Laws, Audit under Company Law and other Allied Laws, Secretarial Audit and Corporate Restructuring.

He has been actively associated with the Institute since 2004 and was elected to the WIRC of the ICSI, for the term 2015 – 18, he served as Chairman of Pune Chapter of WIRC of ICSI in the year 2013 and was an active Managing Committee member for the period from 2007 - 2014.

A fellow member of the ICSI, CS Manish Gupta is a Law Graduate and has a Master’s Degree in Commerce. He has been associated with the profession of Company Secretaries for last 18 years, as a Practicing Company Secretary.

He specialises in handling complex assignments on Corporate Law, Securities Law and Taxation Law. He is a regular speaker at training programmes held for students and members of the ICSI.

He was elected to the Northern India Regional Council of Institute of Company Secretaries of India for two consecutive terms in 2011-2014 and 2015-2018 and was unanimously elected as the Chairman of NIRC of ICSI for the year 2016.

Mr. NPS Chawla is a B. Com, LL.M, FCS, MBA. He is the Co-Founder and Joint Managing Partner of Aekom Legal, a boutique Corporate Law Firm. Before this Mr. Chawla was associated with the Corporate Team of Vaish Associates, Delhi as an Associate Partner. He has overall professional experience of around 16 years. He is also registered as an Insolvency Professional with the Insolvency and Bankruptcy Board of India. Mr. Chawla has been one of the youngest elected Chairman of the Northern India Regional Council of the Institute of Company Secretaries of India in the year 2015 and is currently a Central Council Member of the ICSI for the term 2019-2022. He is also an Executive Member (co-opted) of the NCLT & AT Bar Association.

He has dealt with complex litigation and restructuring assignments, also involving application of foreign laws in matters before USA Courts. Mr. Chawla has also been actively involved in some of the most successful corporate turnarounds in Insolvency regime in the country.

He is actively involved in various professional and industry associations. He is an avid orator and has delivered lectures at several conferences and seminars organized by leading professional bodies and chambers of commerce.

He has also authored many articles on Corporate Restructuring, Insolvency Law, Judgments by NCLT & AT, Stamp Duty implications and other related topics. Recently, Mr. Chawla has curated a Book on “Supreme Court on Insolvency and Bankruptcy Code” covering all the judgments of Hon’ble Apex Court on Insolvency in the last 5 years.